TCS TECHNICAL INTERVIEW AND HR ROUND:

All the below questions are previously asked questions and one question asked many times but we don’t repeat all times. So, Commonly Asked TCS Technical Interview and HR Round Questions are in below once check and forward to your social networks and your friends for reference purposes.

Point to remember: Before the interview, You should decide your Favorite programming language and be prepared based on that question.

In header files whether functions are declared or defined?

What are the different storage classes in C?

There are four types of storage classes in C. They are extern, register, auto and static

What does static variable mean?

Static is an access qualifier. If a variable is declared as static inside a function, the scope is limited to the function, but it will exist for the lifetime of the program. Values will be persisted between successive
calls to a function

Function overloading: C++ enables several functions of the same name to be defined, as long as these functions have different sets of parameters (at least as far as their types are concerned). This capability is called function overloading. When an overloaded function is called, the C++ compiler selects the proper function by examining the number, types and order of the arguments in the call. Function overloading is commonly used to create several functions of the same name that perform similar tasks but on different data types.
Operator overloading allows existing C++ operators to be redefined so that they work on objects of user-defined classes. Overloaded operators are syntactic sugar for equivalent function calls. They form a pleasant facade that doesn’t add anything fundamental to the language (but they can improve understandability and reduce maintenance costs).

List: An user has to keep Track of next location where memory is stored.

For Array, memory is static and continuous. For List, memory is dynamic and random.

Array: User doesn’t need to keep a track of next memory allocation.

what is friend function?

A friend function for a class is used in object-oriented programming to allow access to public, private, or protected data in the class from the outside.
Normally, a function that is not a member of a class cannot access such information; neither can an external class. Occasionally, such access will be advantageous for the programmer. Under these circumstances, the function or external class can be declared as a friend of the class using the friend keyword.

What do you mean by inline function?
The idea behind inline functions is to insert the code of a called function at the point where the function is called. If done carefully, this can improve the application’s performance in exchange for increased compile time and possibly (but not always) an increase in the size of the generated binary executables.

Tell me something about abstract classes?

What is the difference between realloc() and free()?

Abstraction is the basis for software development. It’s through abstraction we define the essential aspects of a system. The process of identifying the abstractions for a given system is called as Modeling (or object modeling).

What is the difference between an array and a list?

What are the differences between structures and arrays?

What is data structure?
A data structure is a way of organizing data that considers not only the items stored but also their relationship to each other. Advance knowledge about the relationship between data items allows the designing of efficient algorithms for the manipulation of data.

What are the advantages of inheritance?

what are the two integrity rules used in DBMS

Tell something about deadlock and how can we prevent deadlock?

In an operating system, a deadlock is a situation which occurs when a process enters a waiting state because a resource requested by it is being held by another waiting process, which in turn is waiting for another resource. If a process is unable to change its state indefinitely because the resources requested by it are being used by another waiting process, then the system is said to be in a deadlock.

Thus prevention of deadlock is possible by ensuring that at least one of the four conditions cannot hold.

A doubly linked list is a linked data structure that consists of a set of sequentially linked records called nodes. Each node contains two fields, called links, that are references to the previous and to the next node in the sequence of nodes. The beginning and ending nodes’ previous and next links, respectively, point to some kind of terminator, typically a sentinel node or null, to facilitate traversal of the list. If there is only one sentinel node, then the list is circularly linked via the sentinel node. It can be conceptualized as two singly linked lists formed from the same data items but in opposite sequential orders.

What is debugger?
A debugger or debugging tool is a computer program that is used to test and debug other programs

Const char *p , char const *p What is the difference between the above two?

However, if you had something like:
char * const p – This declares ‘p’ to be a constant pointer to an char. (Char p is modifiable but the pointer isn’t)

What is Memory Alignment?

Data structure alignment is the way data is arranged and accessed in computer memory. It consists of two separate but related issues: data alignment and data structure padding.

Explain the difference between ‘operator new’ and the ‘new’ operator?

The difference between the two is that operator new just allocates raw memory, nothing else. The new operator starts by using operator new to allocate memory, but then it invokes the constructor for the right type of object, so the result is a real live object created in that memory. If that object contains any other objects (either embedded or as base classes) those constructors as invoked as well.

Difference between delete and delete[]?

The keyword delete is used to destroy the single variable memory created dynamically which is pointed by a single pointer variable.

What is conversion constructor?

What is a spanning Tree?

Why should we use data warehousing and how can you extract data for analysis with an example?

If you want to get information on all the techniques of designing, maintaining, building and retrieving data, Data warehousing is the ideal method. A data warehouse is premeditated and generated for supporting the decision-making process within an organization.

Here are some of the benefits of a data warehouse:

o With data warehousing, you can provide a common data model for different interest areas regardless of the data’s source. In this way, it becomes easier to report and analyze information.

o Many inconsistencies are identified and resolved before loading of information in data warehousing. This makes the reporting and analyzing process simpler.

o The best part of data warehousing is that the information is under the control of users so that in case the system gets purged over time, information can be easily and safely stored for the longer time period.

Data mining is a powerful new technology to extract data for analysis.

Explain recursive function & what is the data structures used to perform recursion?

a) A recursive function is a function which calls itself.

b) The speed of a recursive program is slower because of stack overheads. (This attribute is evident if you run above C program.)
c) A recursive function must have recursive conditions, terminating conditions, and recursive expressions.

Stack data structure. Because of its LIFO (Last In First Out) property, it remembers its caller so knows whom to return when the function has to return. Recursion makes use of system stack for storing the return addresses of the function calls. Every recursive function has its equivalent iterative (non-recursive) function. Even when such equivalent iterative procedures are written, explicit stack is to be used.

Differentiate between Compiler and Interpreter?
An interpreter reads one instruction at a time and carries out the actions implied by that instruction. It does not perform any translation. But a compiler translates the entire instructions

What is the scope of a variable?
Scope refers to the visibility of variables. It is very useful to be able to limit a variable’s scope to a single function. In other words, the variable will have a limited scope.

What is a user defined exception in Java?

The keywords used in java application are trying, catch and finally are used in implementing user-defined exceptions. This Exception class inherits all the method from Throwable class.

What is Java Applet?

The applet is a java program that can be embedded into HTML pages. Java applets run on the java enables web browsers such as Mozilla and internet explorer. An applet is designed to run remotely on the client browser, so there are some restrictions on it. Applet can’t access system resources on the local computer. Applets are used to make the website more dynamic and entertaining.

What do you know about the garbage collector?

Garbage collection is the systematic recovery of pooled computer storage that is being used by a program when that program no longer needs the storage. This frees the storage for use by other programs
(or processes within a program). It also ensures that a program using increasing amounts of pooled storage does not reach its quota (in which case it may no longer be able to function).

Garbage collection is an automatic memory management feature in many modern programming languages, such as Java and languages in the .NET framework. Languages that use garbage collection are often interpreted or run within a virtual machine like the JVM. In each case, the environment that runs the code is also responsible for garbage collection.

Why TCS Interview Dates Are Not Released Yet?

What is function overloading?

This is a feature of C++ that permits us to create several functions with the same name, as long they have different parameters. Take an instance of the following function:

An enumeration is a data type, used to declare a variable that store list of names. It acts like a database, which will store a list of items in the variable. example: enum shapes{triangle, rectangle}

What is a static identifier?

The static identifier is used for initializing only once, and the value retains during the lifetime of the program/application. A separate memory is allocated for static variables. This value can be used between function calls. The default value of an uninitialized static variable is zero. A function can also be defined as a static function, which has the same scope of the static variable.

Decryption is the reverse of encryption; it’s the transformation of encrypted data back into some intelligible form.

What exactly is a digital signature?

What is Insertion sort, selection sort, bubble sort( basic differences among the functionality of the three sorts and not the exact algorithms) 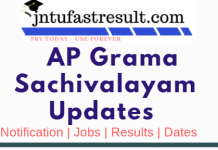 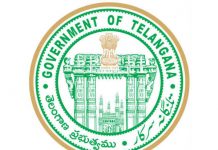